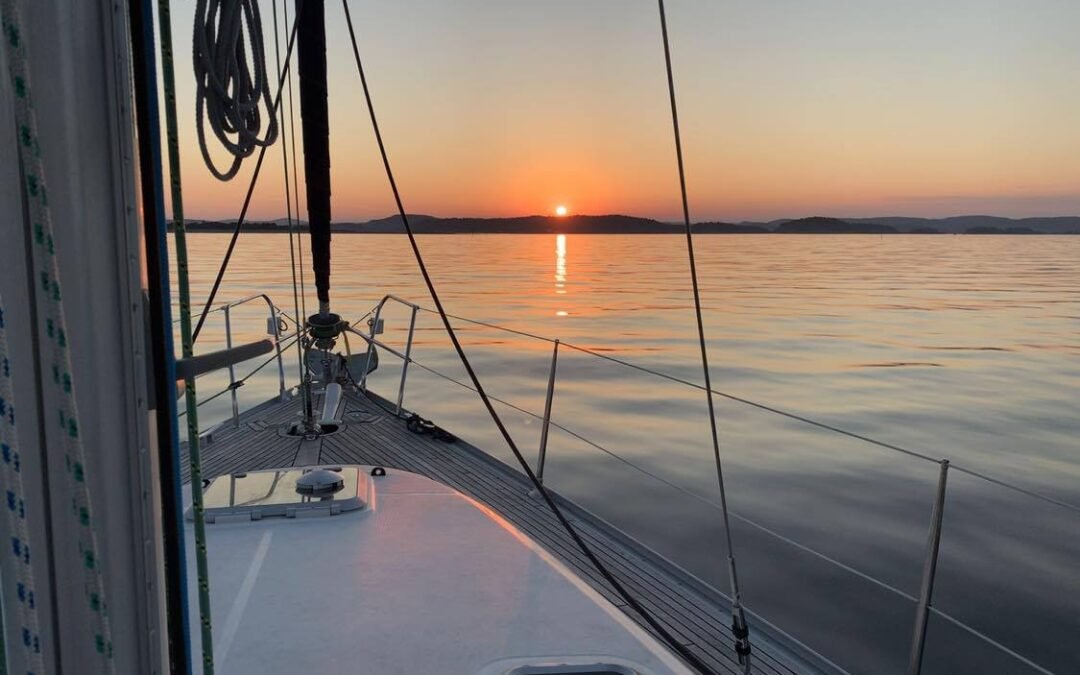 Look! We’ve already traveled 1 degree south! 😊 Yes, maybe only we would get excited about this, but it felt like progress after just one passage. And, that felt good after so many months of working hard & preparing! We finally felt like we were on vacation…on our sailboat!

We used our 1 ½ days on the island to swim, take a jog/walk around the island and grill out in the sunset! It was perfect & soothing to our souls! So nice to finally be able to enjoy the summer!

Since we were eager to get over to Denmark, & yes, more south, we headed off for the northernmost tip of Denmark, Skagen, over the Skagen Sea in the evening around 8pm. We had originally preferred to sail down the coast of Sweden, but since their Covid-19 infection numbers were going up and countries like Belgium required a 14-day quarantine for anyone having been in Sweden, we decided to play it safe and not even go down the coast, even if we were only going to anchor there. It was too bad, because we’ve heard how charming it is there with many possibilities to anchor, much like Norway. Having made the decision to cut straight across to Denmark, we were happy to be able to travel so much south in just one passage. This would be our first offshore passage this year so far!