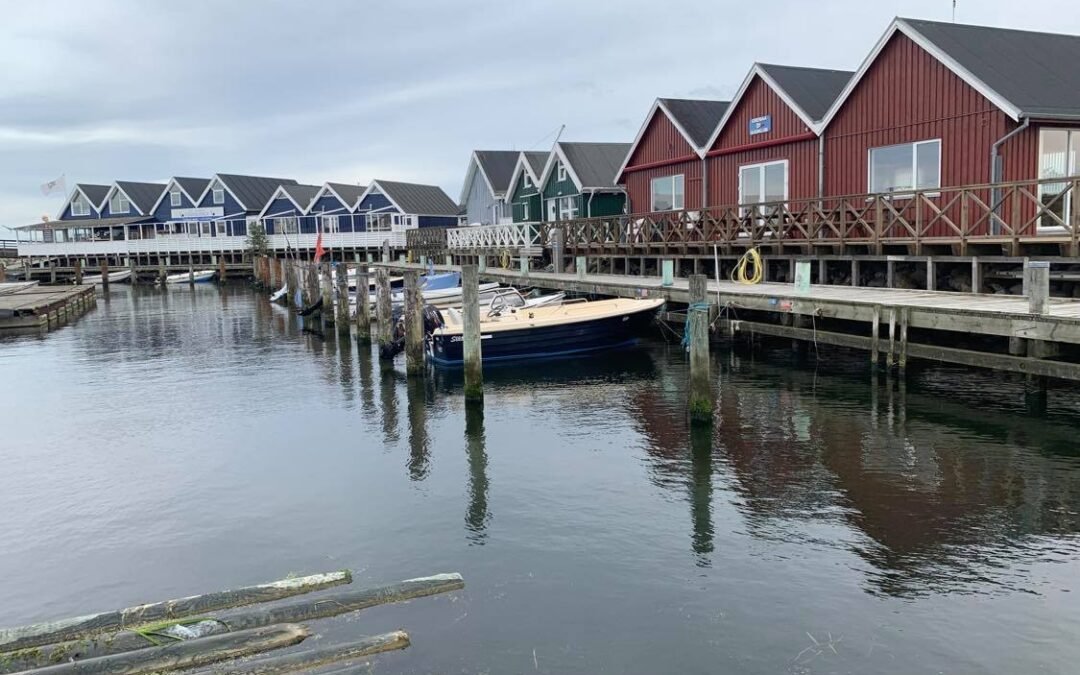 A beautiful sail with a more comfortable angle of wind for sailing. A little more speed than before.

We anchored in a beautiful bay just outside the Grenaa harbor for the first night. However, we needed to get into the harbor by the next afternoon to get shelter from some stronger winds. And, we made it just in time. Just after we secured our boat, gusts of wind came blowing through. Good timing!

Grenaa was a lovely harbor with the Scandinavian-looking red wooden houses lining the harbor, cute ice-cream kiosks, parks and sandy shores. The boys hopped around, balancing on everything from stone walls to half-way sunken logs in the harbor. We found a trail through the dune grass leading us to a looong sandy beach. There was a marching band practicing hymns in the grassy landscape by the shore (possibly bc of Corona restrictions?) and the boys burried each other in the sand. We stocked up on groceries & got some rest & relaxation.

We found out that Grenaa harbor was the most expensive harbor we had stayed at in Denmark so far. Unfortunately, our plan of staying only 2 nights turned into 3 as a scare VHF warning called for Gale Force winds. Eivind couldn’t understand how this could be true when he checked all of the different weather report models on PredictWind & there was almost no wind where we were. Liv got scared, though, especially seeing dark clouds in the horizon, so I made him turn the ship around. (Oops!) The reason also being that there was ONE weather model that confirmed the warning in the area we would be sailing. I didn’t want to risk it, especially being so new to sailing as we were! We later learned that the current reality of the surroundings as well as a majority of the weather models saying the opposite than the warning is the advice a sailor should follow. Eivind’s judgement was correct. He suggested we go on. However, our passage the next day proved to be very enjoyable, even fun – as we had a good amount of wind pushing us from a favorable direction! Thankfully, we were sweetly surprised by that.