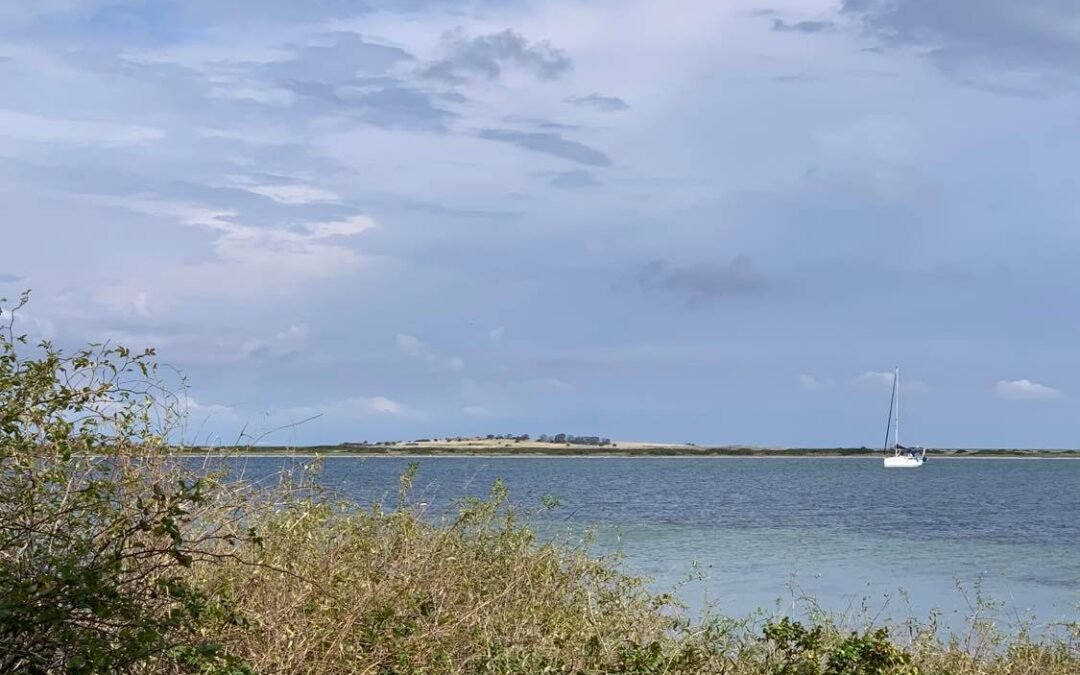 We were so ready to leave the expensive harbor of Grenaa, especially with a false start the day before that proved to not be anything near to a Gale Force. With such favorable wind conditions we finally got the speed up without feeling out of control. Eivind felt like we were finally truly sailing, and he was loving it! The boys loved the speed to and both Nikolai and Espen were allowed to test their skills behind the wheel!

We were so happy to get to a protected cove in the beautiful landscape of the Samsø island. We could finally anchor again…only our 3rd time since departing Kjøpmannskjær. It was so idyllic!

Even though harbors offer electricity, water, washing facilities & sometimes Wi-Fi, we prefer the exclusives & calmness of an anchorage. Now the boys could freely swim from the boat & we took them waterskiing/boarding behind the dingy, too! We explored the island, admiring the lively harbor-side restaurant, charming cabins, fields & shoreside trails. The sunsets were amazing – making the sky & water look like they met like a mirror reflection & we were enjoying the beauty for ourselves!⚓️❤️