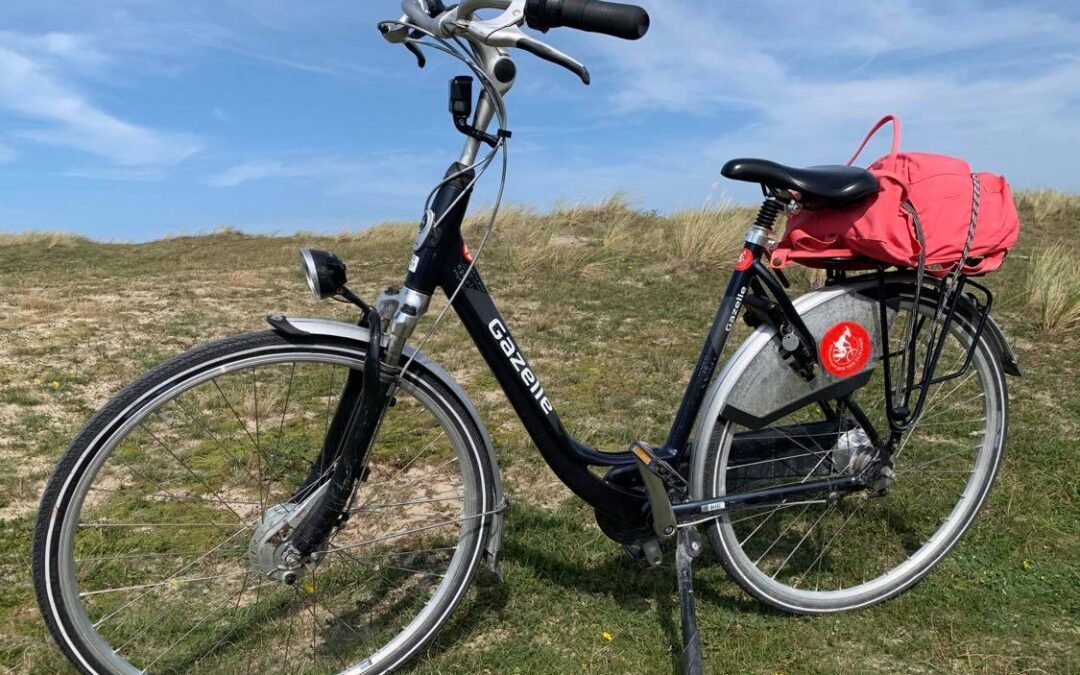 Vlieland Island – probably the best of the Netherlands! A combination of a stylish harbor, pristine nature – both forest trails & clean white beaches, bike rentals available every other kilometer, cobblestone streets with charming buildings lining them. THIS was my favorite stop so far!

After another rough ride out on the North Sea, we were tired…I & a few of the kids threw up again many times. In addition to arriving to yet another unknown port, we had lost almost all battery power to steer our bow, making maneuvering into a tight space in a port very difficult!

Thankfully, we had planned our trip wisely to arrive the Vlieland harbor in daylight. The Harbor Master greeted us in his dingy to direct us where to dock! (This wouldn’t be the case if we arrived after hours.) I also informed him that our bow propell was broken, so he gently pushed our bow into place as we were turning 90degrees into a tight space between a dock bridge & another sailboat. We also had nice neighbors that helped us tie up the ropes! So thankful to have arrived safe & sound!

We had so much fun running through the rolling trails in the beautiful forest just near the harbor on the first day. And, I couldn’t help myself but just bask in the cute & stylish architecture in the downtown area.

We took a walk up to the outlook point and over to the sanddunes & very wide and long beach. The boys couldn’t help but play in the sand & jump in the huge waves with just their underwear on. Nikolai’s favorite part was being able to do flips off of the sanddunes. Aksel & Espen flipped, too! They even got a little audience as they flipped near the tourist restaurant, getting applaused! Fun.

The next day, we rented bikes and took the whole trail around the island – a perfect sight-seeing trip!

It was such a beautiful place that we didn’t want to leave. Everything was perfect…except for the price! 😉 It was pretty expensive at the guest harbor, so we had to move on. We were blessed with sunny, warm weather the whole time, and it only going to get warmer on our next route! Smiles.