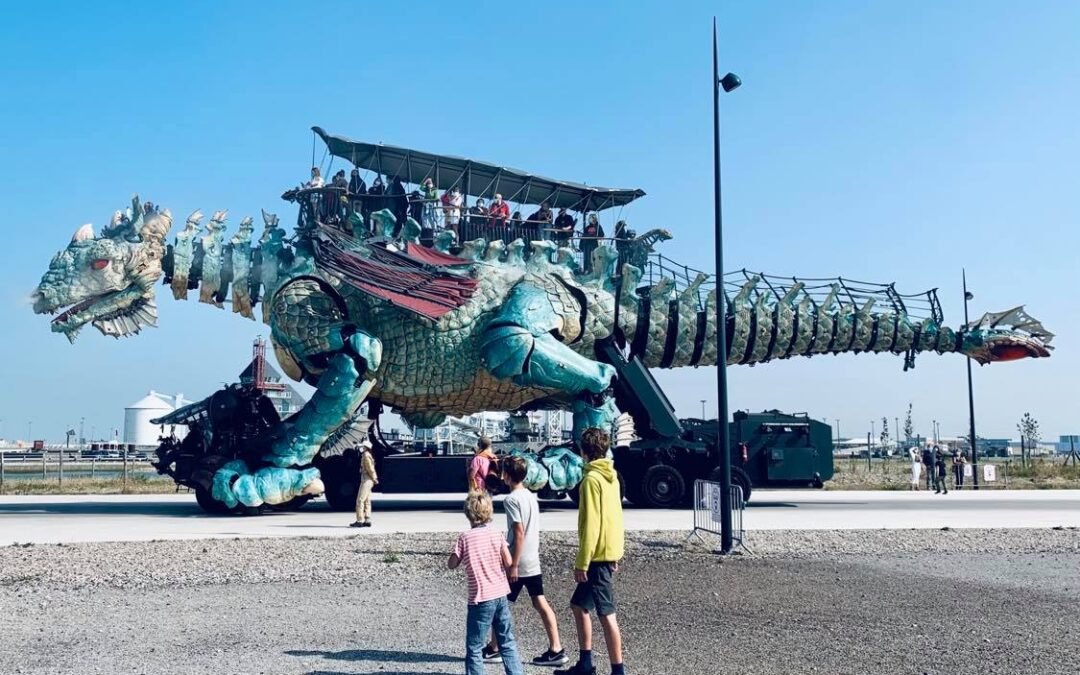 Clear skies – and yet ANOTHER firey orange sunset!

Just the thought of heading out onto the North Sea again made us a little nervous. However, we couldn’t have had a more lovely start! The sun was shining, the seas were relatively calm & it was 18 degrees Celcuis! We also were gifted with yet ANOTHER goreous firey pinky-orange sunset! We cannot get enough of those colors canoping over the sky! We didn’t imagine it could be this delightful on the North Sea! We were hopeful, to say the least, as the sun set & we were heading into darkness.

I took the first night shift & went to bed around 10pm.

At 11pm I get awakened by a frantic Eivind – Eivind is never frantic – who is telling me to take the helm & steer while he communicates with a Rotterdam pilot commander (the commander who directs cargo ship traffic) telling us we’re waaayy too close to a cargo ship. I get in panic mode & have no orientation to which heading we have let alone which direction the cargo is going – and then all I can see is pitch black and a few lights. Of course, we know that any vessel has a green light on it’s starboard side, a red light on it’s port side and white lights in the middle and back. However, there were several cargos out there, according to the AIS charts…and we were loosing time (& DISTANCE)! In my franticness, I couldn’t tell which way we should steer, so I turned us around, thinking that if they were contacting us that we were too close, then we could just turn around. Well, that was a stupid thing to do. We had already received several calls from the pilot commander – and now I hear from him, “What are you doing, Captain?!!” Eivind runs up to take the helm (at this point of our trip we still haven’t installed our remote VHF radio, so we had to run down to both hear & speak on the radio 🙁 )

Eivind tells me to get on the VHF radio as they are calling us for maybe the 5th time. I freak out because I have no training on it yet and have never used it officially! But, the circumstance was so crucial that I had to push myself to try! I responded that this was ELANE, over. The man asked me if I knew that we were positioned in a very bad place right now and that these cargo ships were coming at us at a speed of 13knots! First of all – no, I didn’t actually know because I just woke up, and second of all – thanks for scaring me whitless! Now, we are SCARED. He orders me to turn to pass the ship at it’s port to sail aft of the boat. I tried to repeat what he said to see if I understood – He replied, “Negative, we have to turn to his port and pass on his aft!” I was so nervous. I tried to tell Eivind what he said – but there were so many cargos out there…we weren’t sure which one he was referring to!! HELP! In the end, the Pilot commander told us to take down our sails and motor south as quickly as possible.

PHEW! We high-tailed it out of there….FINALLY! And, we hope NEVER to find ourselves in that situation again!! We could’ve gotten run over! NOT FUN.

To say the least, what started off as a beautiful, summery evening sail, ended up our WORST night sail yet!

Gratefully, with the morning, comes new hope! Sailing into the harbor was a relief & we were kindly issued a mooring ball to anchor at. We noticed that the walls of the harbor were several meters high and after dingying to a floating dock, found out that the tides, which change every few hours have a difference of about 7meters!! This was our first experience of such a tide difference! We actually had to time our return so that we could drive the dingy back on water and not have to carry it over dry (muddy) ground! Learn something new everyday.

We needed to stretch the legs and see what Calais was like. There was an old fortress at the harbor and later on we found the boardwalk along the beach. On the way there, though, we noticed a large glass garage with people lining up to go inside. A huge dragon was behind the window. After observing, we saw it start moving, and after the people were mounted on the dragon’s back, it began to walk (roll) out of the glass garage! Not only that, but as it started it’s “walk” along the promenade, it blew out real fire and sprayed water at the audience on the ground! (I was a little concerned that the operator could get the fire & water button mixed up and singe a few people!) This was definitely the highlight of our trip to Calais, for the boys.

Since we entered into a new country, we were obliged to buy the boys another ice cream, according to our deal (1 country – 1 ice cream – 1 picture)! Lucky for us, there was an ice cream kiosk on the promenade. It was both cheap and the server was generous with the scoops! (Mommy got her picture of the boys on the beach, too!)