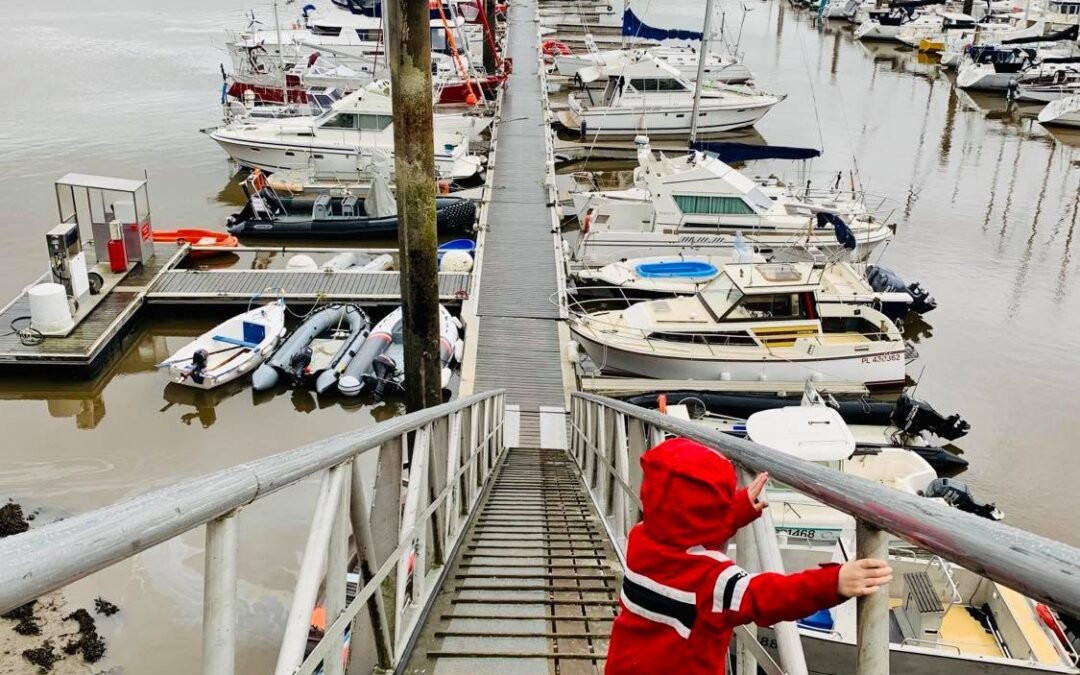 We docked up longside at the end of the dock in Lezardrieux & prepared the boat for storm forces. We even took off the entire spray hood. We didn’t want to risk anything blowing away or getting ruined. Fortunately, the 40knots of wind we were expecting to arrive our boat at around 5am the next morning seemed to blow considerably lighter! We didn’t have to sit through a storm in the end!

The heavy weather & rain continued, however, and we saw reports of up to 100knots of wind registered in the nearby area of Bretagne! We were wise to stay put.

If a newbie sailor learns anything, it is how little one is in control of one’s travel plans! You are not completely in charge – you are subject to nature’s whims – even God’s will. It’s somewhat of a liberating feeling combined with a feeling of frustration.

Again, we had loads of time for finishing schoolwork, projects, laundry, grocery shopping and taking hikes in between the rain clouds.

The Lezardrieux village is situated near the mouth of the estuary of the Trieux river. It’s harbor hosts hundreds of pleasure boats at the marina and on mooring balls along the river. The tidal range experienced is incredible – it ranges up to 10 meters! Just across the river from the harbor is the suspension bridge (Pont de Lézardrieux), a French national monument. We took a walk across it and down the reknowned trails lining the river where we also passed the botanical gardens. We found a part of it that looked like a jungle and had 3 trees growing out of a fallen tree. The boys could also walk on the dried out river for almost a mile because of the low tide! Besides the incredible natural forces and the beautiful nature were rustic stone houses with Hydrangea flowers that seemed to line both the villas and the botanical gardens.

Lezardrieux in Bretagne was a charming place, which we had almost all to ourselves in the off-season, but we were excited to move on!

Unfortunately, that did NOT happen…