Blog 22 – Aber-Wrach, (Bretagne) France: Getting a little closer to the Bay of Biscay 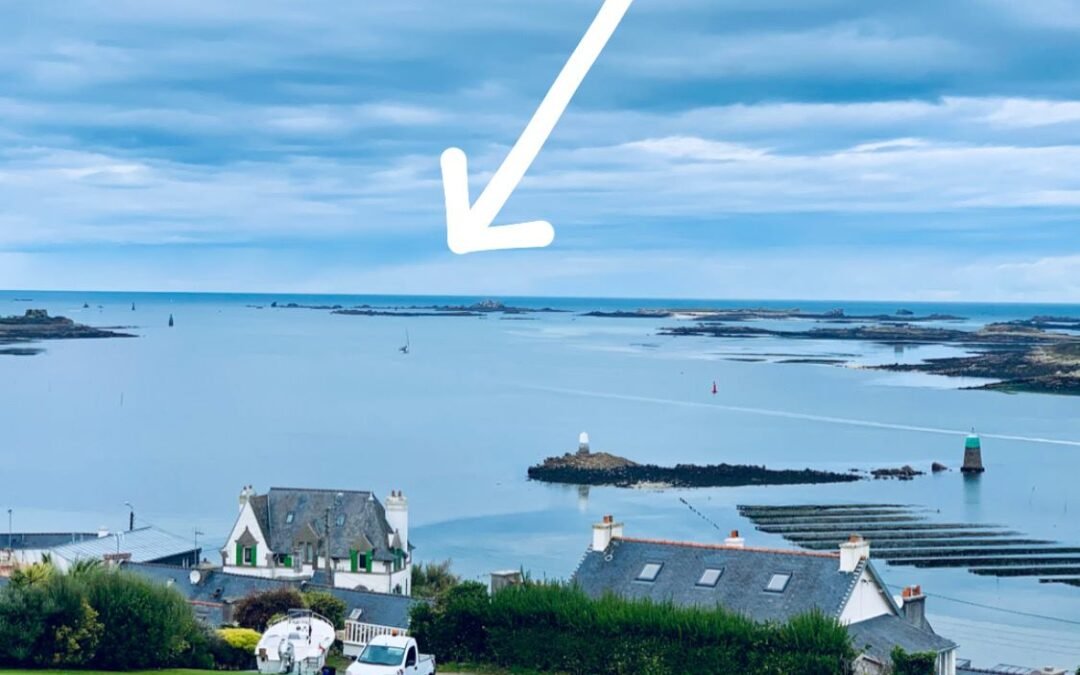 Wind from the side (Reach), light winds

Even though the conditions were pretty good, the waves were still rolly – Liv, Niko & Espen got sick!

Because of the tides, our best option was to leave the harbor at 5am from Roscoff so we wouldn’t have to fight against both waves & current. It was pitch dark, but we were lucky enough to get a little weather window when the rain stopped & winds died down. We had to concentrate in order to safely navigate out of the marina, but the area was well lit up with lighthouses and buoys, so it went smoothly. We were relieved that no fishing boats were out, because they do not always keep neither their lights on nor their tracking instruments on so we can see them on the AIS.

The conditions were favorable for sailing west down the coast to get to the next safe harbor. Unfortunately, I and the boys didn’t take a seasick tablet and got quickly seasick, putting us out for the rest of the trip. I was going to try to go without medicine this time since it was a shorter trip and the winds & waves were expected to be less than we’ve experienced before on other passages. Guess I won’t do that again! I felt seasick for a lot longer than I did any of the other times! I felt like I had influensa! 🙁   (No, don’t think it was Corona!)

When we arrived, we anchored near the marina near to an old fortress & lighthouse. It was nice to have a space for ourselves and just relax! We were hoping to wait here a week or two for a weather window for the crossing of the infamous Bay of Biscay. Little did we know we’d be stuck here for about a month for several reasons!

L’Aber Wrac’h was a charming summer-town with a picturesque coastline. We explored the river on our dinghy & the coastal trails by foot. We homeschooled, hung around, worked on a few projects & relaxed a few days. I felt worn out by the rough waves from the English Channel & Eivind felt irresponsible and bad about taking us out on any more passages that would get us so seasick – and it wouldn’t be any easier (or warmer) crossing the Bay of Biscay so late in the season. So, we discussed the options & landed on the idea of getting a professional sailor to help Eivind sail across the Bay without us, sending us down to Portugal by plane (RyanAir had really cheap tickets from Brest, France to Porto, Portugal) to meet him. This sounded lovely to me – although, it would’ve been more fun traveling all together on a little vacation away from the boat for a while – and the boys loved the idea of flying & staying in a hotel/apartment — WITH FREE WIFI! 😉 Haha! Eivind & I realized that he would be able to learn & get a lot of experience by sailing together with an expert, rather than hiring someone to sail it over FOR us, like we originally were considering. Even though our journey was taking some time, late in the season, & roughing us up a bit, we felt like this new idea gave us hope! We just needed to find someone to take the job! So, we asked for a quote at an online boat-delivering business. We also needed a weather window, which didn’t seem to want to come any time soon. 🙁

About a week after we arrived, we went grocery shopping – and our timing could’nt have been better. We ended up meeting a wonderfully outgoing Norwegian lady named Cecilie! She took the initiative in greeting us when she heard us speaking Norwegian! And, we’re so glad she did! We talked a bit about why we were here, and when she heard we were going to walk back to the marina with all of our groceries, she offered to drive them down for us! What an angel! I ended up riding down with her & got talking about our decision to try to get a proffesional sailor to sail our boat over the Bay of Biscay for us. She enthusiastically said that we shouldn’t try to hire someone online when she had so many good sailing contacts here in L’Aber Wrac’h that she could contact for us. I was thrilled to hear that & we exchanged numbers. She was going to let me know if she found anyone nearby that could take the job. She also told us about the sanddunes in the area we should check out. Her daughter works as a sail instructor down at the marina here and is out almost every week sailing. She even offered to give our boys free catamaran lessons on her free time if we were still here after a week and the weather allowed. We were – but the weather wasn’t. Another week went by & the weather has been terrible…After 2 weeks in L’Aber Wrac’h, Cecilie had no sailor contacts who were able to take on the mission. The weather was also too windy & rainy to have a fun sailing lesson.

And then 2 big things happened!

After about a week on anchor, we moved ELANE to the harbor to get better shelter from the winds that were about to pick up. We met a friendly Hollander who sailed single-handedly. He ended up sailing across the Bay on a little rougher weather window than we dared (and he admitted it was harder than he thought it would be!). So, we are following along on his progress and getting some good tips!

Only a little bit after that, we ended up meeting 2 young men from Portugal who sailed into the harbor and arrived in the dark. They asked Eivind where the deisel station was and how it was to sail up to it and they got talking. It turned out that they were professional sailors who deliver boats for people renting their services! Perfect!! We told them about our situation and they were open to the idea of taking the job. They just had to sail up to Amsterdam to finish delivering the catamaran they were sailing and then they might be available.

Yeay! There WAS still hope of moving on.

But, then, about a week later, France went in lock-down mode, and sailing was prohibited!!! What?! Just when we thought a weather window was coming into site the week after……..Ugh! Did it apply to us, too, since we are in transit and not from France? We weren’t sure.

Everything was up in the air again! 🙁 I guess this is the predicament of a sailors life…and I had to get used to it, cuz it wasn’t going to change anytime soon.

Another week went by & ANOTHER Catamaran sailed in. It was a family of 5 from Oslo with 3 boys aged 5, 7 & 9!! A very friendly couple. They came over to our boat right away after they saw that we were from Tønsberg and invited us over! This was extra fun for the boys since this was the very first family with kids that we had met on this entire journey so far! It was also kinda fun to see what a 50ft Lagoon catamaran looks like inside! 🙂 We found out that they are sailing in the same direction as us, but NOT directly over the Bay of Biscay…Anna, the wife, pleaded with me to not try it either at this time of year but rather sail with them down the coastline of France/Spain.

Why didn’t we think of this BEFORE? Oh, yeah…we did, but it would take us at least twice the amount of time! The only glitch was that sailing in France & traveling to other towns in France was now forbidden until almost Christmas time!!!! What do we do now?

Well, Anna speaks french and they had received some documents about the restriction rules that she translated and found out that they and we could be exempted from the restrictions! So, we applied for the excemption, which they already had received, and waited for 2 LONG DAYS for the reply from the French authorities!

I must say that it was difficult holding my (Liv) spirits up during these weeks of waiting to sail on! I lost hope at times, and it seemed like we would be stuck in a sleepy little town in France for a month or two as it got colder and colder…This was not any of our ideas of a what a sailing trip to the tropics was supposed to look like. But, of course, we are the lucky ones who get to take a year off of work and spend it with out kids! Yes, but it didn’t always feel so lucky.

And then it happened! We got permission to sail to any French port south of L’aber Wrac’h as long as we called ahead and asked if they will allow us to enter! We got the go-ahead to sail on!!!!!